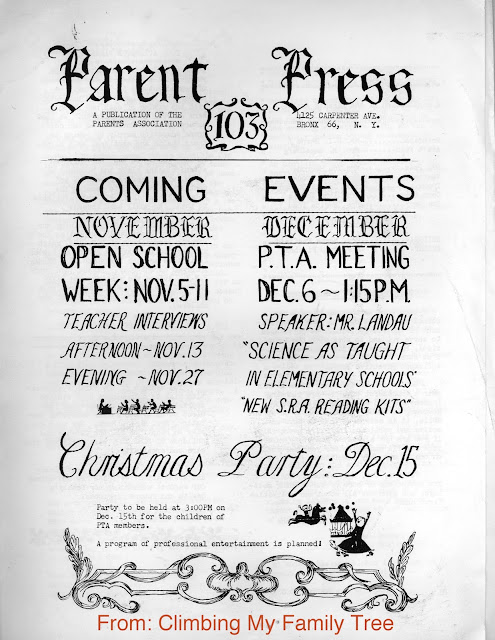 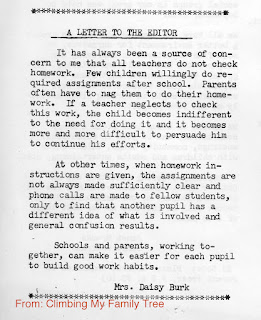 She was urging teachers to check homework, because if they don't, students will be "indifferent to the need for doing it" (and of course, that means a harder job for parents trying to instill good study habits).

The newsletter is also a time capsule of what was happening in that school (and in education) at that time. In addition to "open school week" in November, there was a December PTA meeting to discuss science education and the "new S.R.A. reading kits." 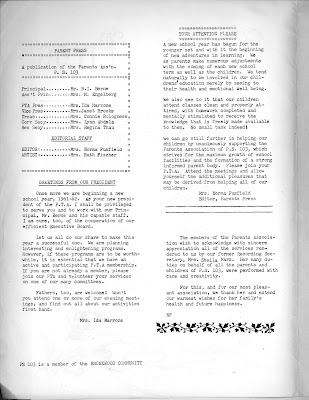 I remember those S.R.A. (Science Research Associates) kits--self-contained units with a page or two of a reading excerpt, followed by multiple-choice questions to test comprehension. All self-paced, and different cards for different reading levels to encourage students to challenge themselves. It was a new idea at the time, being tested in 6th grade classes, thanks to a PTA donation. 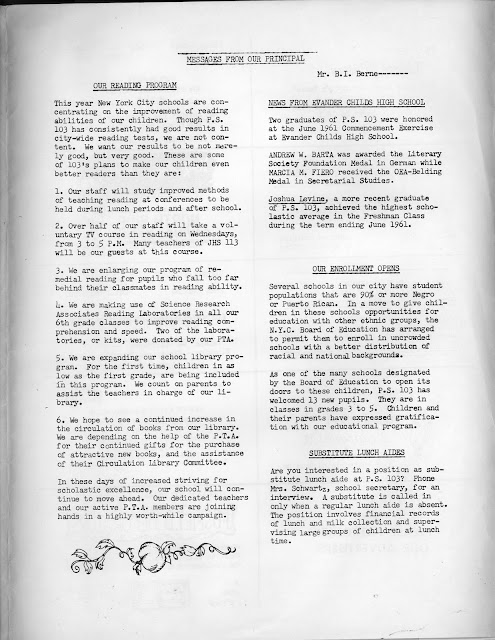 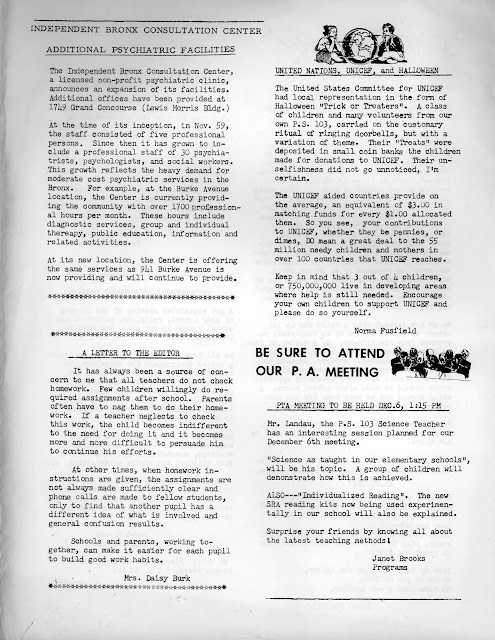 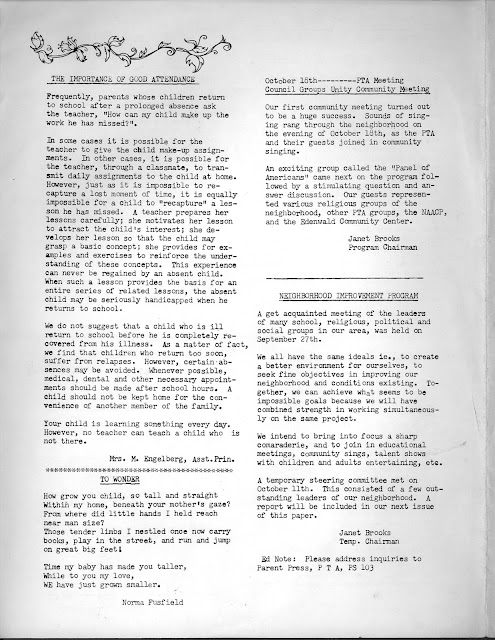 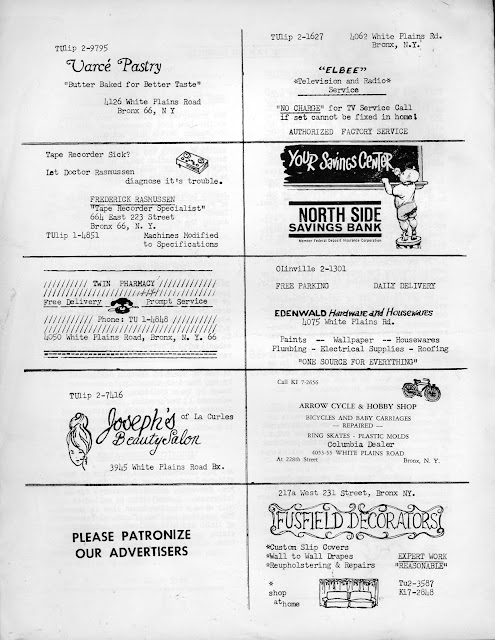 Where did that ancestor live? Sometimes it's not enough to simply record the street address straight from the official document--map it and you'll often get extra insight, or at least confirmation that the address was accurate.* 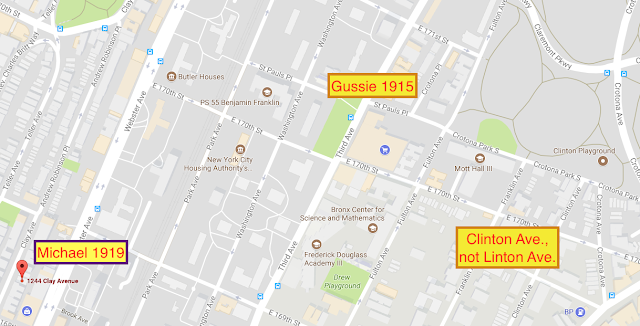 Take my experience with Gussie and Michael, both living in the Bronx in 1919 when they married. I wanted to see where their residences were in relation to each other, having discovered more than once that my ancestors met or were introduced as a result of being in the neighborhood.

It was easy to find Clay Avenue on the map (see "Michael 1919" above). But no Linton Avenue seemed to exist in the Bronx. So I mapped where Gussie was living in 1915, according to the NY Census--on St. Paul's Place, a street only a few blocks long and within walking distance of Michael in 1919.

Checking the area more carefully, I noticed Clinton Avenue just a few streets away from St. Paul's Place. Nothing else even sounds like Linton Avenue. So Clinton Avenue is my best guess about where Gussie was living at the time of her marriage.

Would this couple have been introduced by family or friends? Or did they meet at a workplace or a local deli? I don't know the answer, but I do feel certain that Gussie made her home on Clinton Avenue, not Linton Avenue as recorded on her marriage license.

* As a Facebook comment pointed out, address numbers can change over the years, and streets may also go away or be renamed. Very good points! My goal in mapping addresses is to see whether the street or avenue is there--and if not, some online searching will usually turn up either evidence of its history or nothing at all (if nothing, good chance the street was not accurately spelled or listed).

Many of the tenements where my NYC ancestors lived have been torn down, but the streets or avenues are usually still to be found on the maps. Not always, but if not, I can often find them in other records (a newspaper report or a census page) to confirm the existence of that street or road in that place. And CHECK city directories, as the first comment below this blog post notes! Thanks again for the great comments.
Posted by Marian B. Wood 6 comments: 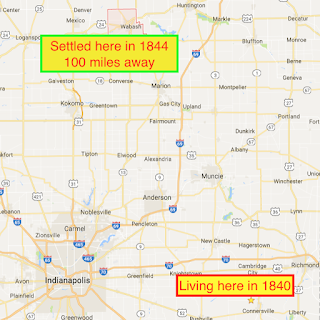 It was 173 years ago this month that hubby's 2d great-grandmother, Sarah Denning (1811-1888), settled in Wabash county, Indiana, with her husband, Benjamin McClure (1811-1896). This is according to the History of Wabash County, which also notes that the county wasn't formally formed until 1835. Other McClures had arrived in the Wabash area years earlier, including Samuel McClure, Sr. (apparently not a relative or at least, not a close relative). 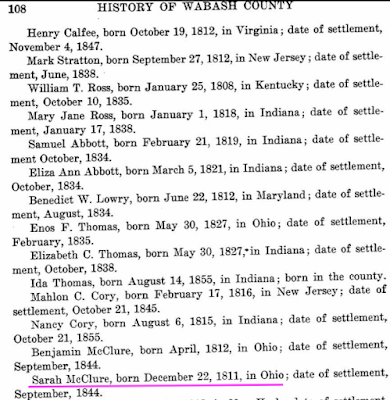 Sarah's parents were Job Denning and Mary E. [maiden name unknown]. Proving Job's birth place and date is another challenge. His gravestone only says he died in 1836, aged 61, which implies a birth year of 1775. It's probable that Job Denning was from way back east--possibly Massachusetts--but so far, I have no hard evidence.

Sarah had at least 7 older siblings but just 1 younger brother. She told the US Census (in 1850, 1860, 1870, and 1880) that she was born in Ohio. Possibly she was born in Adams County, Ohio, where her younger brother William Henry Harrison* Denning was born. Records are scarce for the early 1800s, haven't found her yet.

In the 1840 Census, Sarah and Benjamin were living in Harrison township, Fayette county, Indiana, with a total of "3 white persons under 20" years old. Most intriguing, they were living on a land division "allotted to Benjamin Caldwell." In other words, land allotted to Benjamin's brother-in-law's family, since his sister Jane McClure married Train Caldwell. Within four years, they were living about 100 miles northwest, in Noble township, Wabash county, Indiana.

Sarah, I'm on the lookout for more info about your origins!

*Yes, the family seems to taken inspiration for some given names from U.S. presidents. Benjamin McClure and his wife Sarah named one of their sons William Madison McClure, possibly honoring James Madison.
Posted by Marian B. Wood No comments:

So Many Janes in One Tree 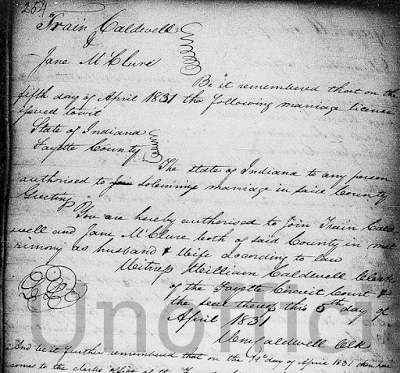 My husband's Wood family tree includes a number of women with the first or middle name of Jane. The tradition has continued, with hubby's sister and niece having Jane as their middle name.

Friday's Faces from the Past: Remembering Mom, Counting Her Cousins 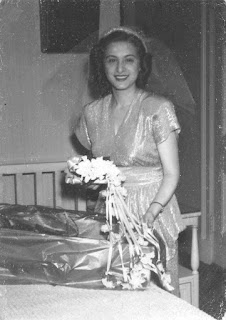 Remembering my dear mother, Daisy Schwartz (1919-1981), on the 36th anniversary of her death. This 1946 photo shows her looking radiant on her wedding day, just before the ceremony at the Hotel McAlpin in New York City.

Since I'm still researching siblings of her maternal grandparents Moritz Farkas/Leni Kunstler and paternal grandparents Herman Schwartz/Hani Simonowitz Schwartz, I can't yet name all of Mom's first cousins. Here are the 28 whose names I know:
Remembering Mom today, with love.

PS: I can name every one of Dad's first cousins--he had only 20. But until a few months ago, I didn't know about all of them, and then I broke through a brick wall!
Posted by Marian B. Wood 2 comments: 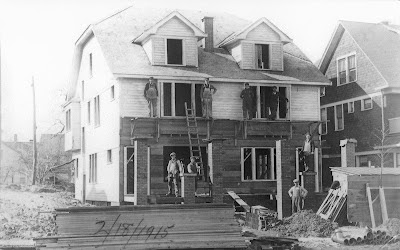 With genealogy elevator pitches, the goal is to share information very concisely, spark interest in your family or your research, and--hopefully--motivate action. Especially valuable during Genealogy Go-Overs or Do-Overs!

Here are three situations where I use my genealogy elevator pitches: 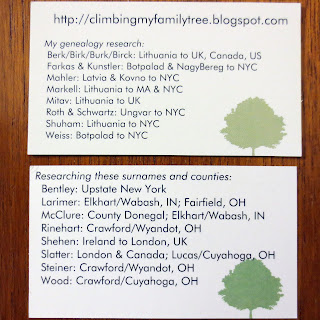 So polish your genealogy elevator pitch. And if you're going to a genealogy conference, polish the "surnames research" part of your pitch and/or have calling cards printed (above, mine and my husband's cards) to exchange with other researchers.

Posted by Marian B. Wood 5 comments:

Grandparents Day Challenge: What Surprised Me

Thank you to Dianne Nolin (author of the Beyond the BMD blog) for suggesting the Grandparents Day Challenge for September 10th. My interpretation of this challenge is to write one surprising thing I discovered about each grandparent through genealogical research.

Military Monday: Ask the Archivist About Ancestors in the Military 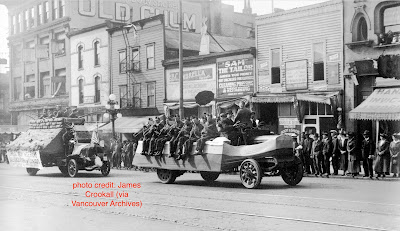 Earlier this year, as part of my Genealogy Go-Over, I contacted the Archivist of the 72nd Seaforth Highlanders museum in Vancouver, asking for information about the military career of hubby's great uncle, Henry Arthur Slatter (1866-1942). This strategy--ask a historian or an archivist--is one of my Genealogy, Free or Fee tips that has paid off several times, yielding details and clues to further my family history research.

Bandmaster H.A. Slatter served with the 72nd on and off from 1911 through 1925. By the way, this was after his earlier service with the British military, including the Grenadier Guards. (All three Slatter brothers were military bandmasters and served both in England and in Canada.)

The archivist provided a few details about this bandmaster's career in Vancouver, and he has been keeping his eyes open for photos. Today, he sent me a link to the Vancouver Archives, where the above photo is stored. The caption says that the unnamed military band is playing during a 1918 wartime parade in downtown Vancouver (specifically, the 100 block of East Hastings).

Although neither the 72nd Seaforth Highlanders nor Bandmaster H.A. Slatter are identified or referenced, the eagle-eyed archivist recognized the unit's uniforms and caps right away. He says that the band's conductor (sitting with his back to the camera at the front of the vehicle) could very well be the great uncle we are researching. And I agree, given the physical similarity between the conductor in this photo and other photos I've seen of his bandmaster brothers.

Without the help of the archivist, I never would have found this photo, because the 72nd Seaforth is not mentioned in any of the captioning data.

So go ahead, ask a historian or archivist--these professionals really know their way around the archives and can help us learn more about our ancestors!

School's in Session: Ancestors in Education 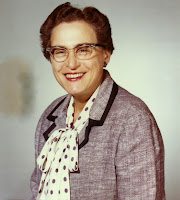 School days are here again, a good reason to remember some ancestors who were teachers or otherwise involved in education: