Was my great-great-grandma Rachel Jacobs the mother of a woman who lived to 100? Rachel was born in Lithuania (possibly the Plunge district, close to Telsiai) in the early 1840s, approximately. Her father's name was Moses and her mother was Sarah Levin. 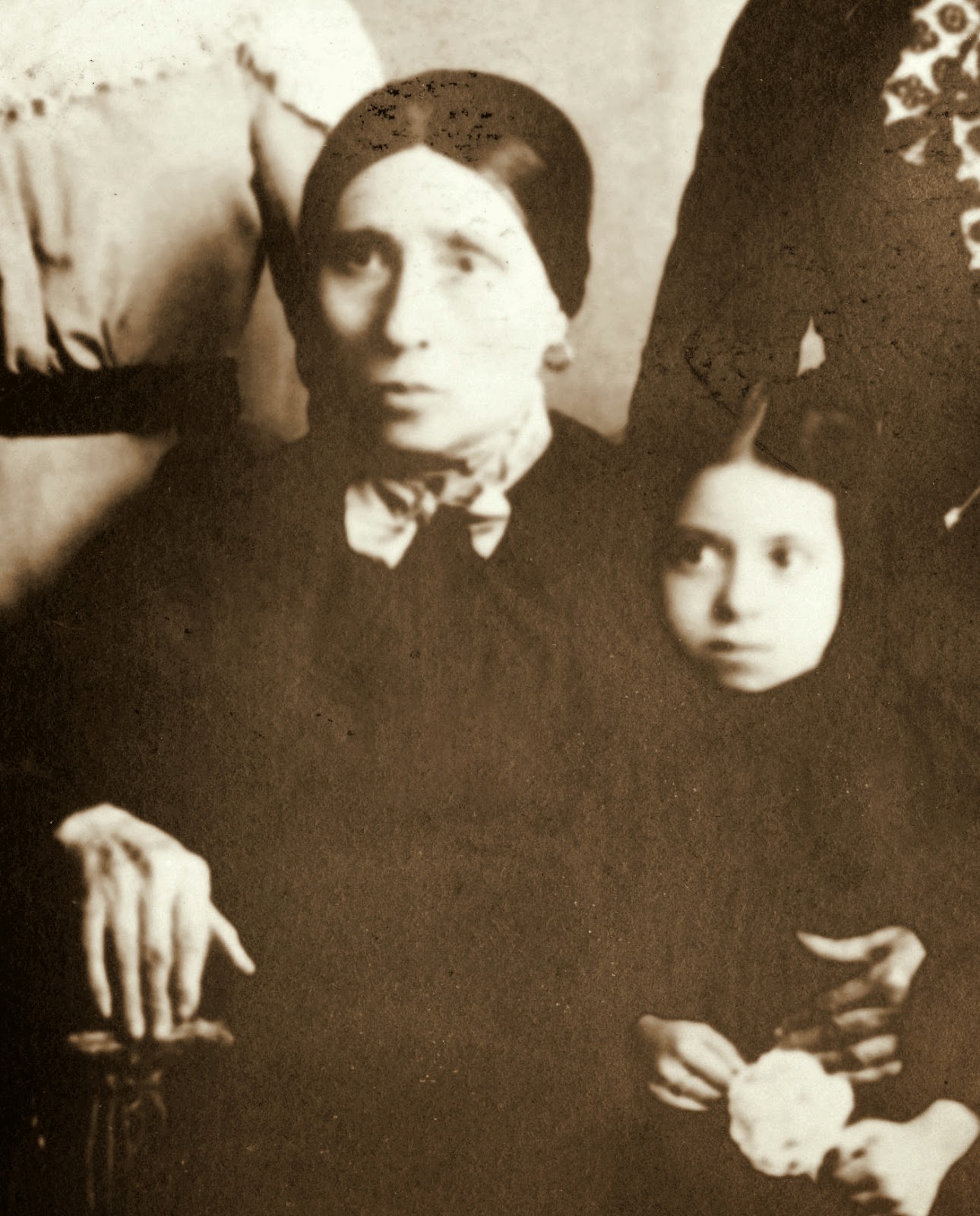 Since her daughter Tillie Jacobs Mahler (that's my great-grandma) fudged her age for years and supposedly was 100 when she died in 1952, it's hard to know Rachel's true age. But Tillie and Rachel were strong and determined women, that's for sure.

Back in Lithuania, Rachel (maiden name Shuham) was married to Jonah and they had at least two children: Tillie and Joseph. Jonah Jacobs died before 1886, which was when Rachel made the arduous journey to New York City. Rachel's son Joseph had made the journey a few years earlier, as had Rachel's son-in-law Meyer Mahler, who married Tillie around 1880.

According to the census, Rachel and Tillie arrived in 1886, which means they could see the newly-erected Statue of Liberty in New York Harbor as they sailed into port. (Photo above right shows Rachel with her youngest granddaughter, Mary Mahler, in about 1901.)

What happened to Rachel and her family? Here's what I know: