My father's younger brother, Sidney, was born Sidney Berk in Montreal on April 26, 1914. Update: He was named Samuel B. Berk in the official Montreal birth records.

Sidney's father, Isaac (originally Itzack Birck, 1882-1943), changed the family name to Burk in America. Isaac (hi Grandpa!) was a cabinet maker who left Lithuania in 1907 to seek his fortune in North America. A highly skilled woodworker, Isaac crossed the border between Canada and the US several times as he found work to support his growing family. 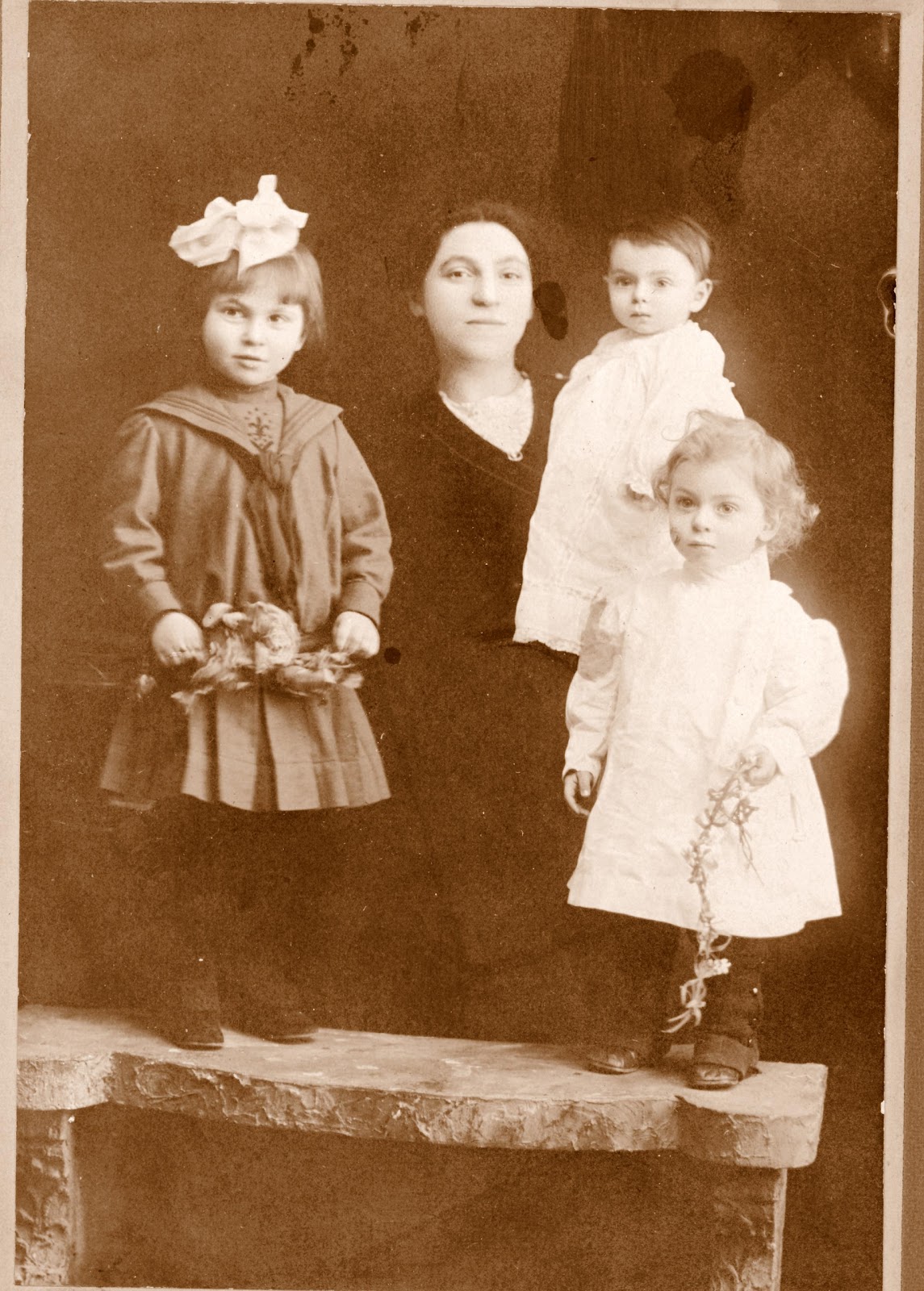 Uncle Sidney initially crossed the border before his first birthday, arriving in New York City with his mother and siblings in March, 1915.

Isaac followed at the end of May, 1915, and the entire family was living in the apartment building at 7 East 102nd Street in NYC at the time of the New York State census on June 1, 1915.

Uncle Sidney became a US citizen in 1939. His witnesses were his maternal uncle and aunt, Morris Mahler and Carrie Etschel Mahler.

He enlisted in the US Army (along with my dad, his brother) in July, 1942. The photo above shows him before he shipped overseas, crossing more borders. Sidney and Harold were still in the service when their father died suddenly of a heart attack in 1943.

Sidney returned from the war and within a couple of years, partnered with his brother in the Burk Travel Service, located inside the swank Savoy Plaza Hotel. They worked well together until the hotel was torn down to make way for the General Motors Building.

PS: Rereading Sidney's documentation reminded me to reread his father Isaac Burk's documentation, putting me on the trail of possible new Burk ancestors I hadn't pursued in the past--Abraham Berk of Montreal. Stay tuned!
Posted by Marian B. Wood