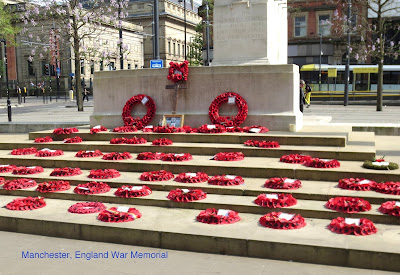 Walking through Manchester, England a couple of weeks ago, I passed this war memorial with newly-laid poppy wreaths, across from Manchester City Hall. 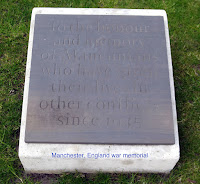 Although the memorial is primarily for WWI, other military service was recognized. The above plaque reads: "To the honour and memory of Mancunians who have given their lives in other conflicts since 1945." (Mancunians are people from Manchester.) 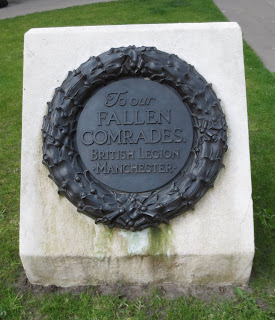 Here, the wreath is inscribed: "To our fallen comrades...British Legion, Manchester."

Only a few individual names of World War I veterans were visible, which I'm transcribing for Heather Rojo's Honor Roll Project. 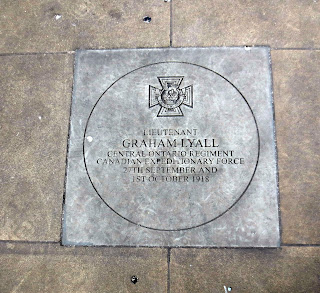 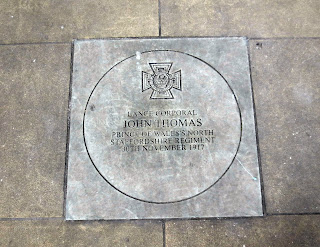 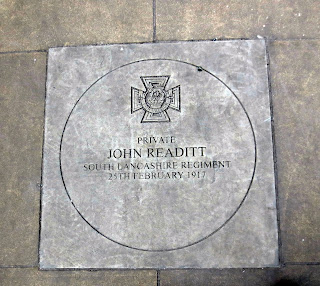 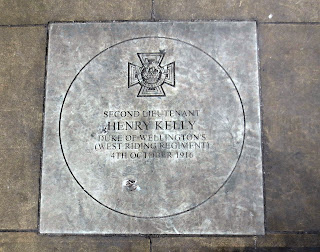 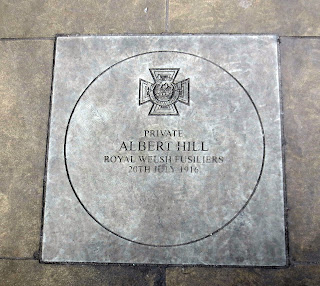 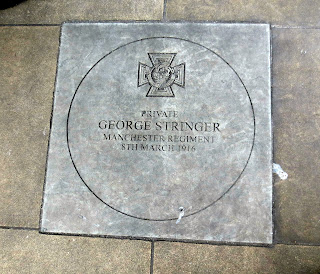 Thank you to these brave military men for their service more than 100 years ago.
Posted by Marian B. Wood

This site uses Google's Blogger technology. Be aware that Google uses cookies to analyze overall traffic to this blog. If you submit a comment that is posted, it will be publicly visible. If you contact me via my blog, I'll use your email only to respond to your inquiry. If you click on any links from this blog to outside sites, please review their privacy policies and content. Follow by email is administered by Feedburner. By using this site, you agree to and accept these terms of use.