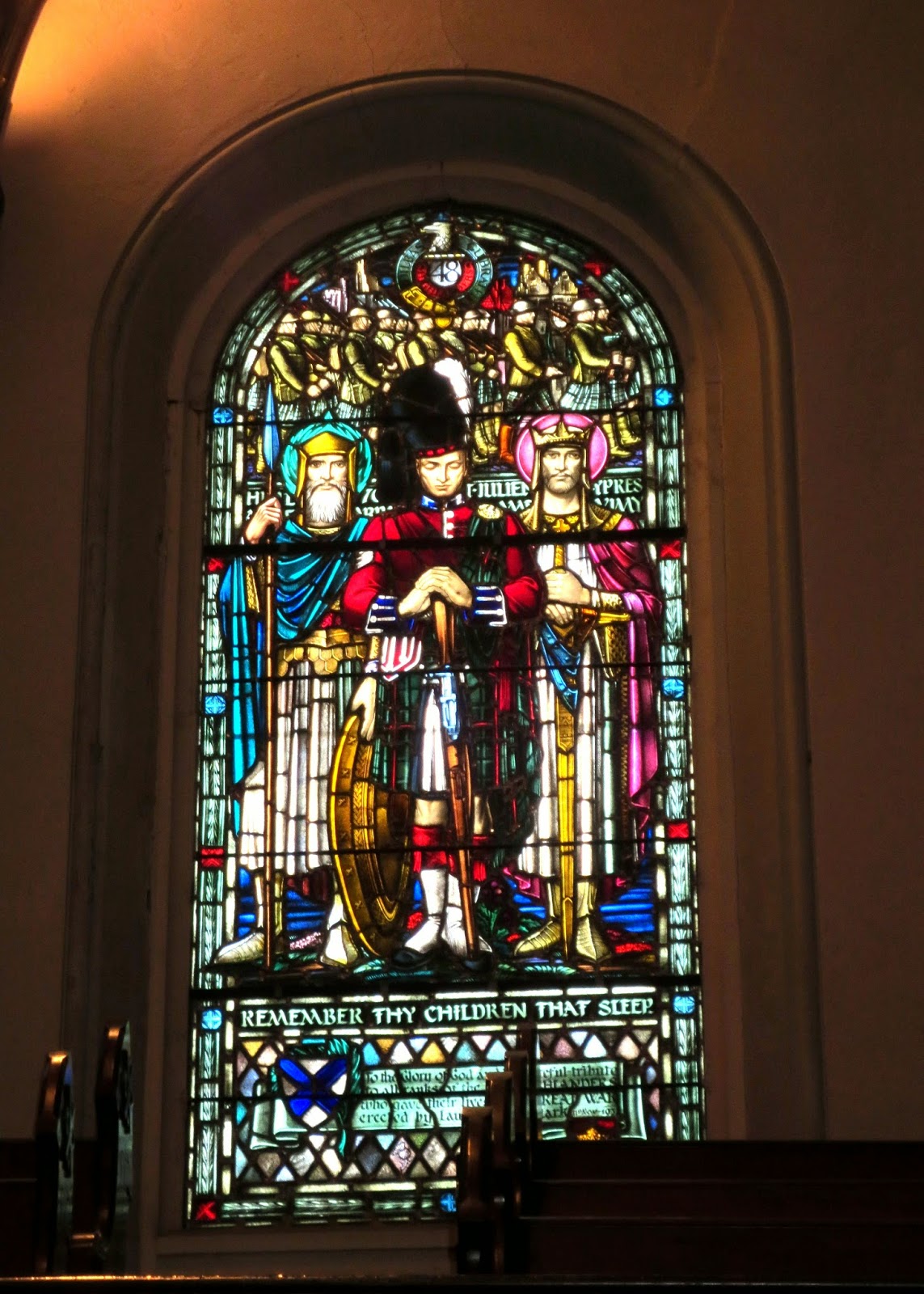 Captain John Daniel Slatter (1864-1954) served as bandmaster of the 48th Highlanders in Toronto for 50 years. Although I've written about him many times, today for the first time I saw the three-foot tall photo portrait of him, below, which once graced the officers' mess in the Armory (now long gone).

The 48th Highlanders' museum is located in the basement of St. Andrew's Church on King Street in Toronto. Inside the church is this magnificent stained glass window, testament to the longstanding and close ties between the church and the regiment.

Capt. Slatter most certainly embodied the regiment's motto: "Dileas Gu Brath"--Gaelic for "Faithful Forever." Well into his 80s, he put on his uniform and greeted those of the 48th Highlanders who had served overseas in WWII, upon their return to Toronto.

According to Canadian records, Capt. Slatter's son, Albert Matthew Slatter, also served in the military. During WWI, he was confirmed in the rank of Lieutenant and by 1918, he was a member of No. 4 Company of the 15th battalion. He may have been wounded in the battle for the Canal du Nord (he was reported at a dressing station September 28, 1918)--part of the Hundred Days that led to the war's end. 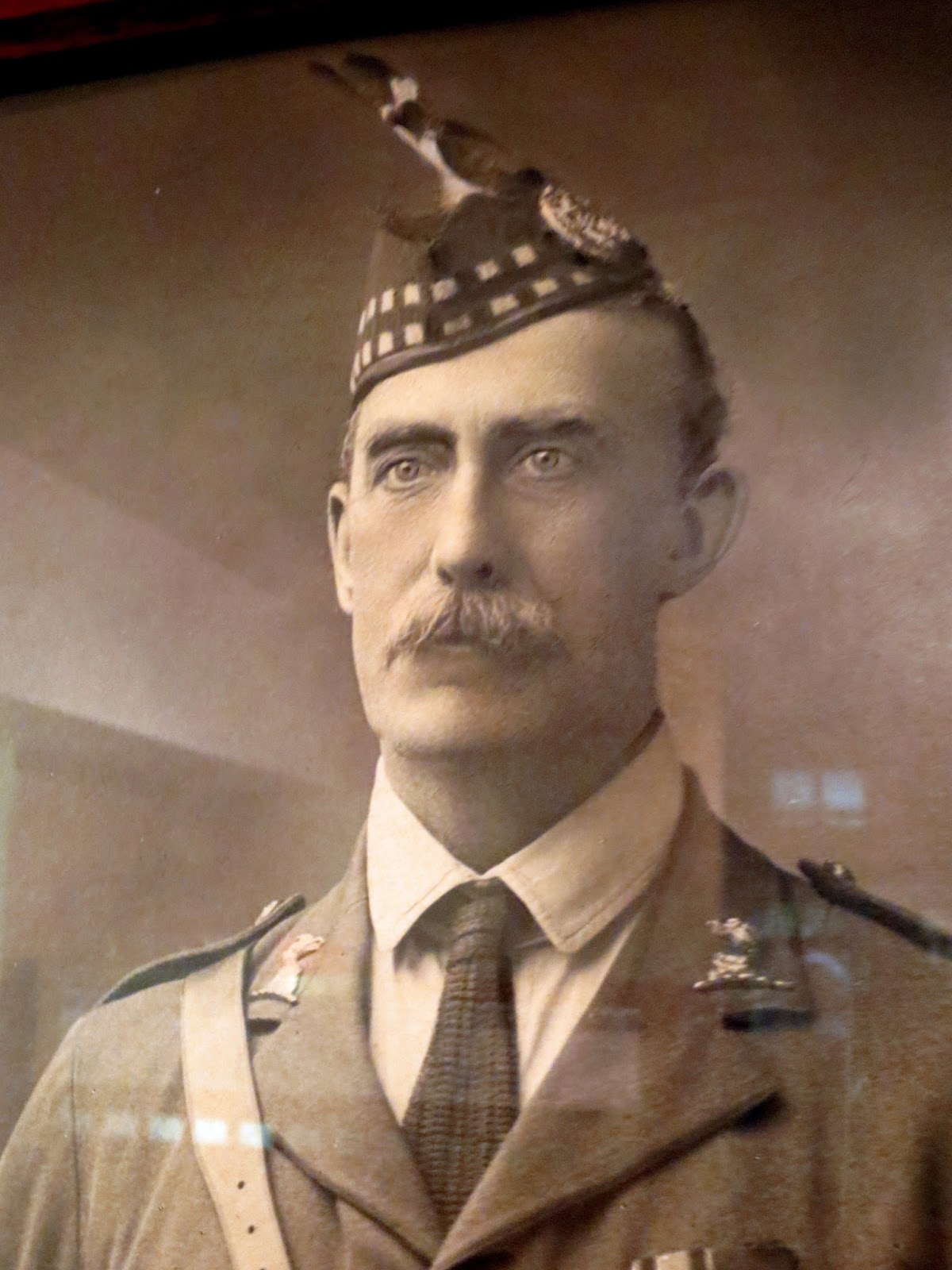 Today's visit with the wonderful folks of the 48th who staff the museum brought up an intriguing possibility. According to Capt. Slatter's 1954 obit, his daughter Mabel Alice married a man named Davidson.

The first commanding officer of the fabled 48th was John Irvine Davidson, born in Aberdeen, Scotland and a highly successful business man in Toronto. Did Capt. Slatter's daughter marry into this Davidson family? That's a question I'll research as I continue to look for more Slatter cousins.

Here are photos and a brief video snippet of the 48th Highlanders Church Parade, which took place on May 25 this year. 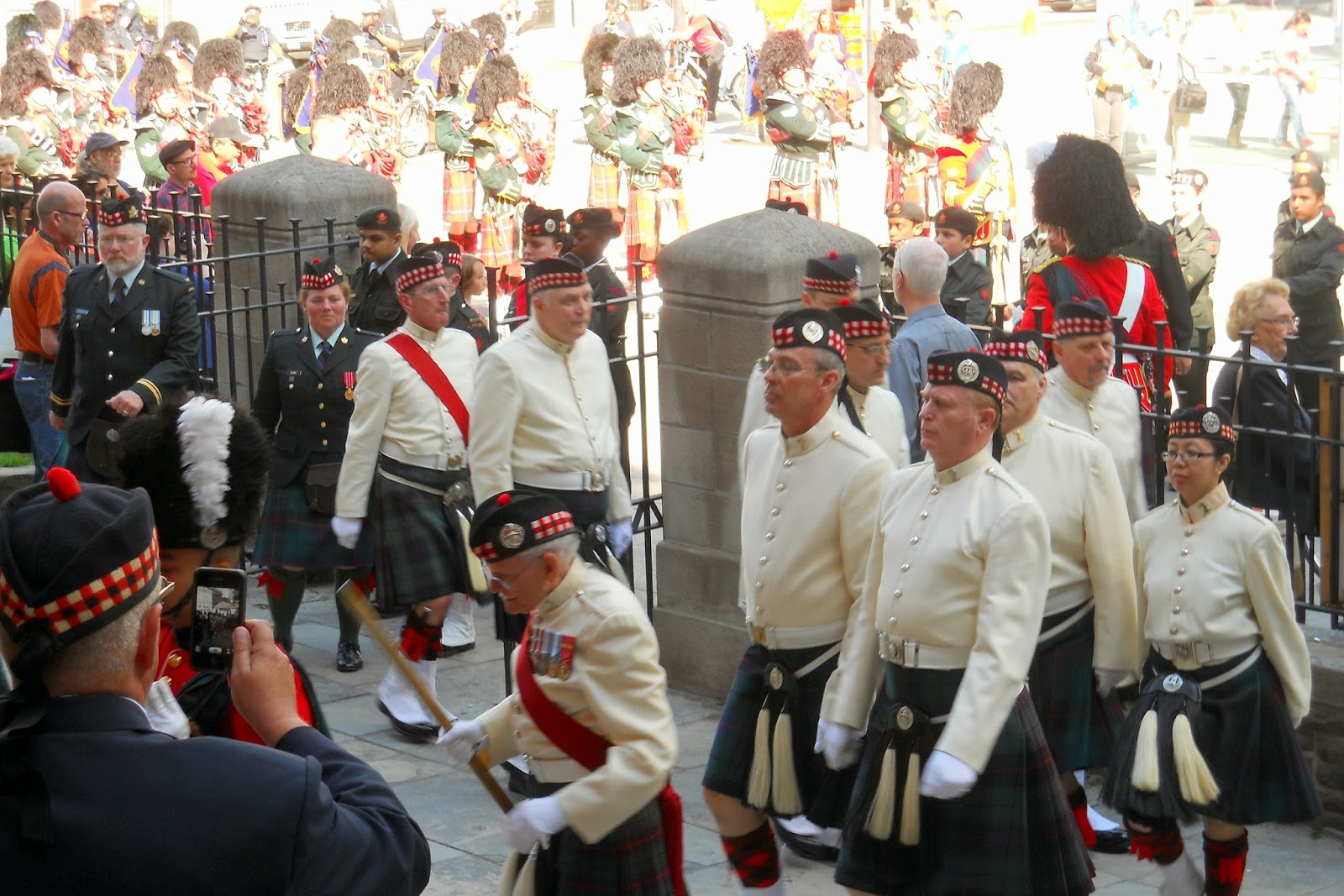 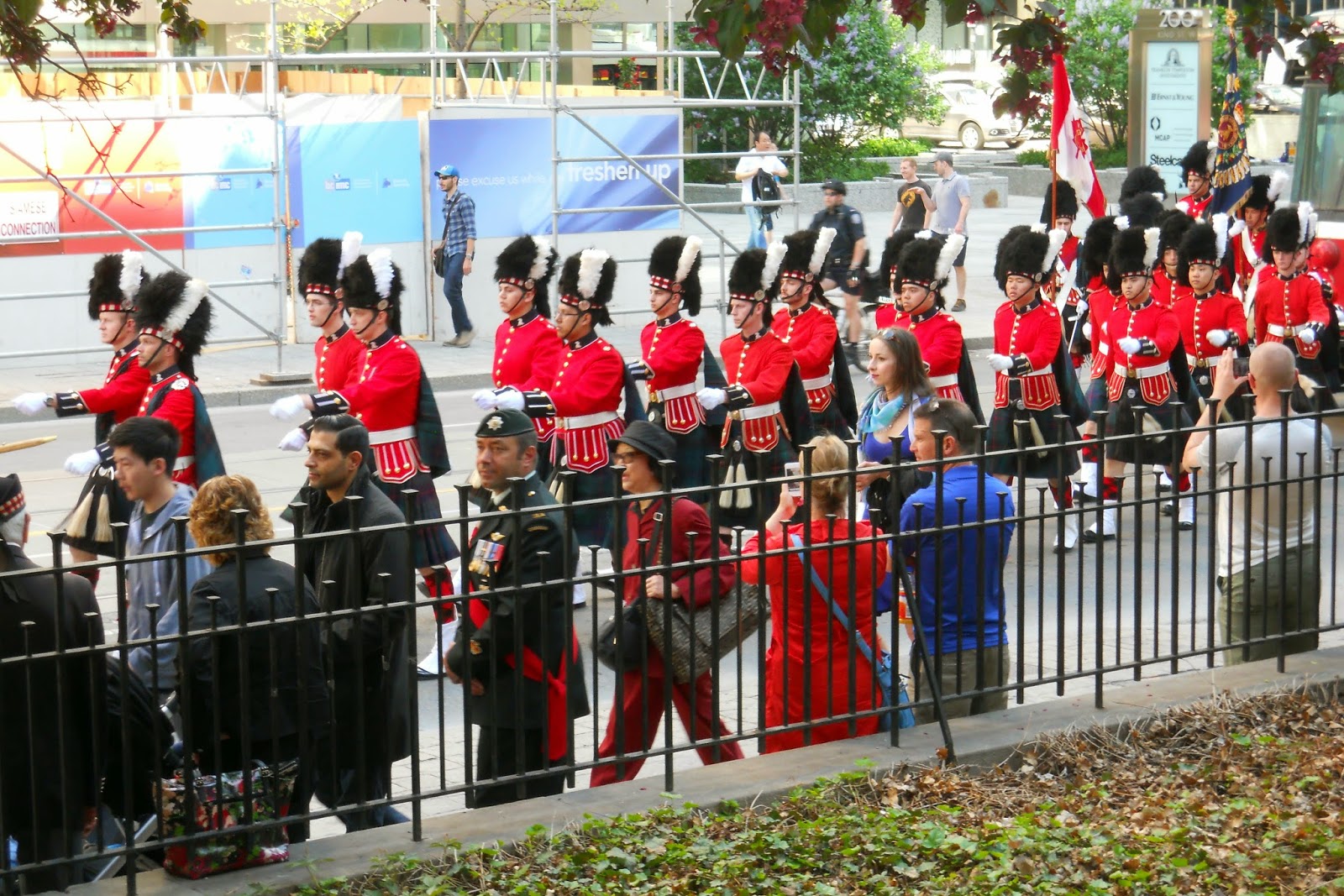 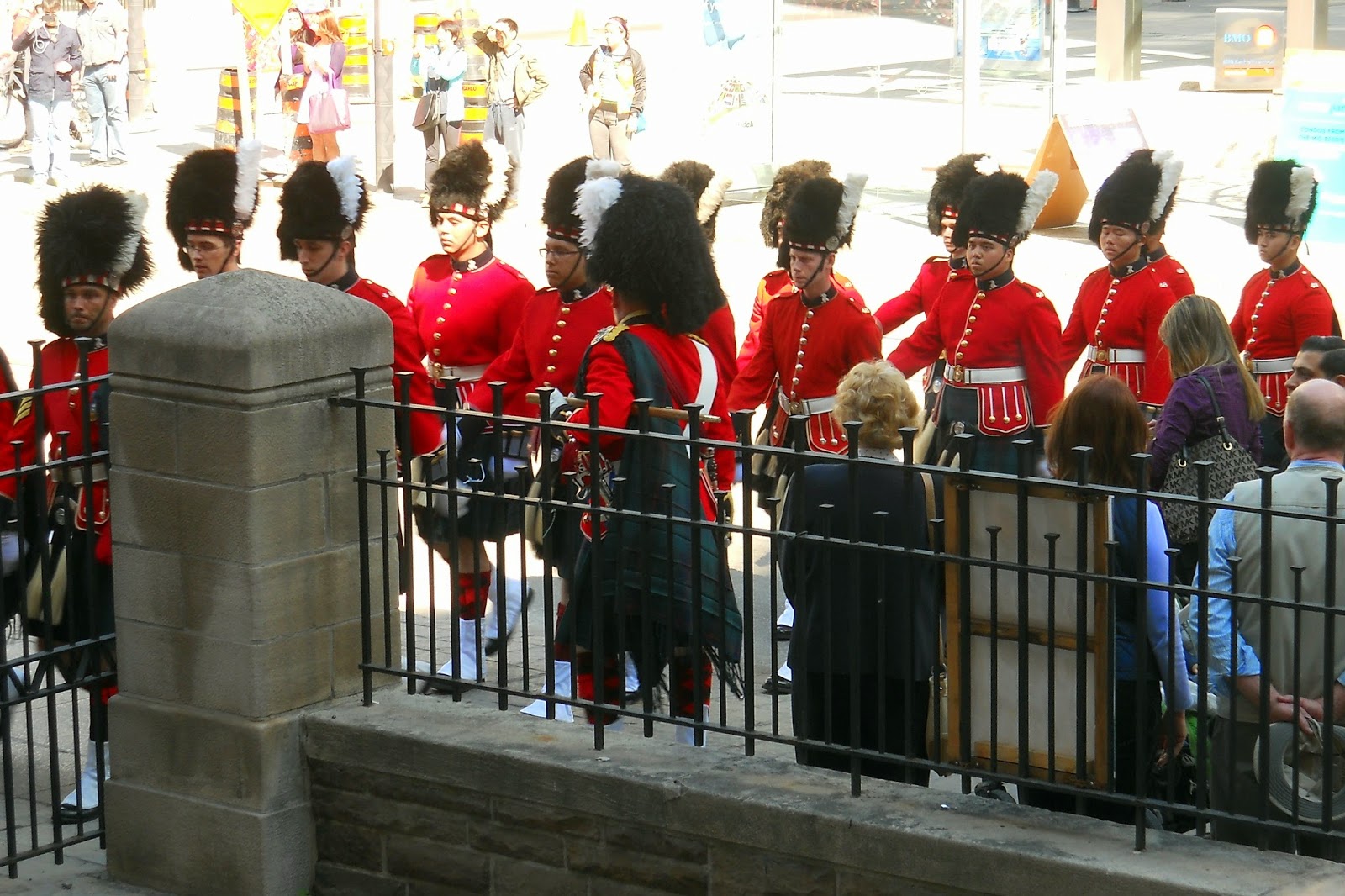 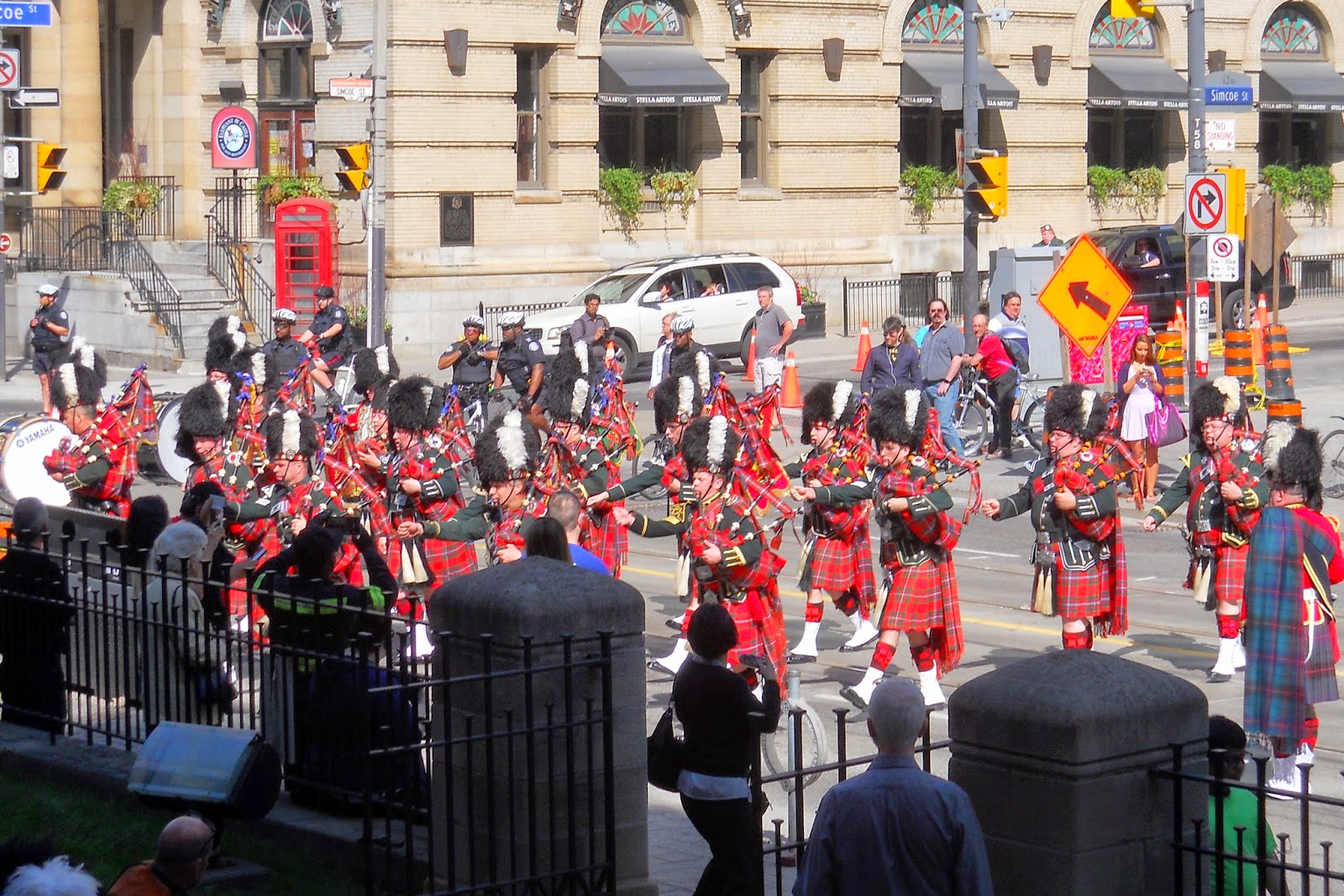